Hydrophobic polymers are insoluble in water or other polar solvents and are used as coatings, adhesives, fibers, films, and engineering plastics, as well as biomedical polymers for vascular grafts, implants, and ophthalmic applications.

The use of hydrophobic polymers in drug delivery applications has increased dramatically in recent years. These materials offer particular promise for controlled/sustained drug release, thereby enhancing the pharmacological action of the drug.

These controlled/slow release drug delivery systems can offer considerable clinical and economic advantages. Both the physicochemical properties of the hydrophobic polymer and the design of the drug delivery system affect the mechanism of drug diffusion from the polymer system. 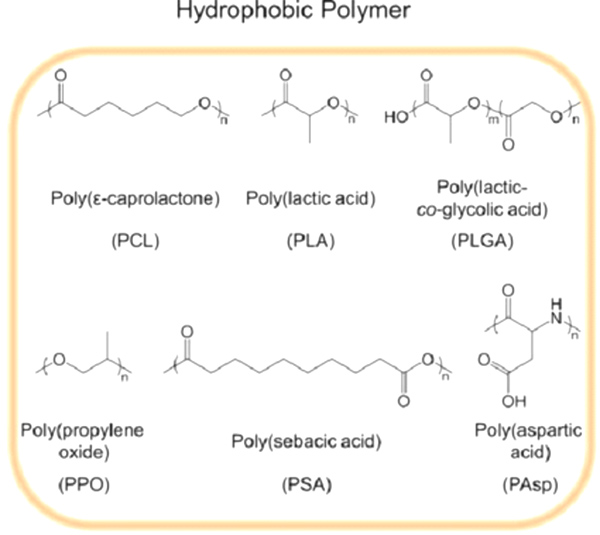 There are numerous examples of hydrophobic polymers. The following is a brief description of a few of them: