Bacterial adhesion and colonization are common occurrences that cause problems in a variety of settings. Surface hydrophilization has been popular in recent years as a new approach to preventing microbial colonization. Because a tightly bound layer of water acts as an energetic and physical barrier that effectively resists biological contamination processes, such as protein attachment, initial bacterial attachment, and subsequent biofilm formation, surface hydration layers induced by hydrophilic polymers can impart biological contamination resistance to surfaces.

Grafting hydrophilic polymers onto mechanically and chemically tough hydrophobic coatings is a common method for achieving targeted surface hydrophilicity and biological contamination resistance. Alfa Chemistry grafts poly(ethylene oxide) (PEO) into a cross-linked poly(2-vinyl pyridine) (P2VP) network using a new 3D grafting process that involves a reaction between PEO and the alkyl halogen groups in the P2VP pyridine ring. Due to the chemical potential gradient, when the PEO brushes on the surface are destroyed, the underlying PEO chain segments stored in the matrix spontaneously float out of the surface. In comparison to the usual scheme, the 3D grafted surface has a fourfold increase in durability under physiological settings. 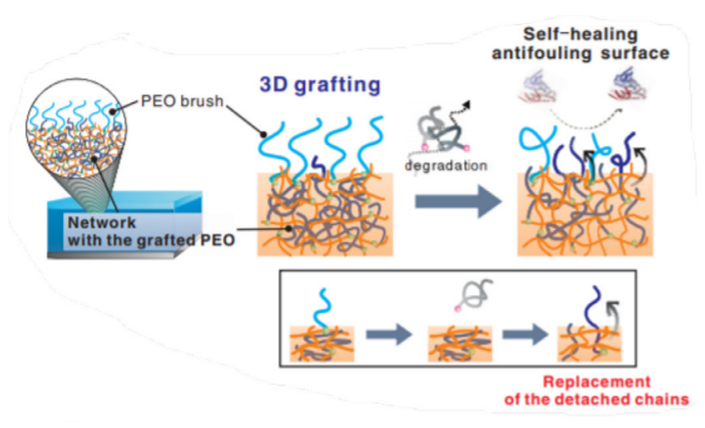 Fig 1. Schematic illustration of the 3D grafting of PEO into the P2VP polymer matrix and the self-healing process after the PEO segments are separated from the surface. (Lewis A. L, et al. 2000)

This coating maintains its underwater superoleophobicity even under the challenges of highly acidic or alkaline environments. Its remarkable self-healing properties are attributed to the swelling of MHMS and the replenishment of the surface by the hydrophilic copolymer when immersed in water.

Hydrophilic polymer-grafted nanoparticles have been widely studied and applied as an easy-to-modify and highly versatile platform. Alfa Chemistry designs polymer shell structures around inorganic nanomaterials for combined durability and surface hydrophilicity. To generate superoleophobic and anti-biofouling coatings, we cast methacryloyloxypropyltrimethoxysilane (MPS)-SiO2/PNIPAM (N-isopropylacrylamide) hybrid nanoparticles (HNS) into epoxy resin (ER) adhesives by casting layer. In the intermediate layer, the ER serves as a physical support for hybrid nanoparticles and their hierarchical structure.

Layer-by-layer (LbL) assemblies for the fabrication of multilayer films are receiving increasing attention due to their simplicity and precise control of surface composition and thickness. We use this technique to prepare amphoteric polymer surfaces on a variety of substrates, including stainless steel, textiles, and wood, for durable corrosion and biofouling-resistant applications. 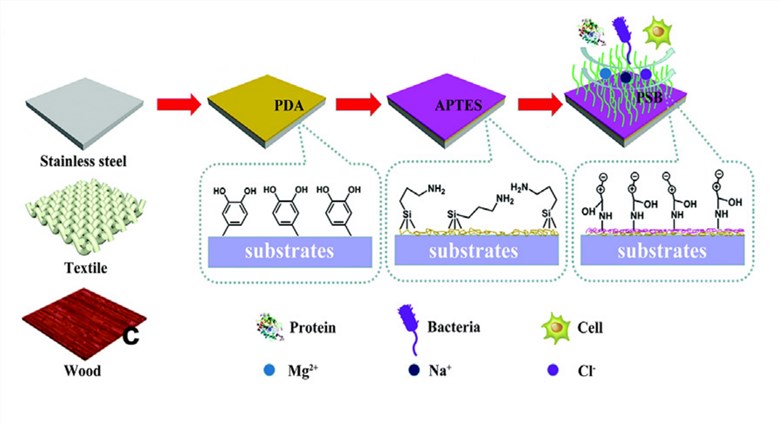 PEG films can also be easily deposited on a variety of substrates through polydopamine-mediated bonding. Layer-by-layer assembly proves the simplicity required to achieve higher thicknesses by depositing alternating component layers compared to other common methods for fabricating multilayer films with long-lasting durability.